Tommy Yionoulis - Staying the Course as a Bootstrapped Startup

Tommy Yionoulis is the founder of OpsAnalitica, a SaaS platform that helps multi-unit businesses manage and measure their daily team activities for more consistent operations. In this episode, you’ll hear how Tommy went from ...

Tommy Yionoulis is the founder of OpsAnalitica, a SaaS platform that helps multi-unit businesses manage and measure their daily team activities for more consistent operations.

In this episode, you’ll hear how Tommy went from being a “non-techie” guy working in the restaurant business and moonlighting as a standup comedian, to founding his SaaS company, OpsAnalitica.

As a business owner, Tommy shares the ups and downs of bootstrapping a software startup and how he finds the motivation to keep going and not give up. You’ll learn from his experience how to leverage automation to free up your time when you don’t have a team; how to know when you should hire salespeople; and whether obtaining private equity funding is the right decision for your business.

Finally, Tommy talks about how critical the support of his spouse has been to building a bootstrapped business, the development challenges specific to building a software  company, and the mindset that motivates him to keep driving forward through the hard times.

If you’ve ever had times where you felt like giving up on your business, Tommy’s story will inspire you to keep going, so join our conversation!

Skip to topic:
4:04 - How a non-technical comedian found his way into tech
5:01 - Moving into business process management
5:49 - Launching OpsAnalytica
13:38 - What to consider before accepting private equity funding
16:38 - Overcoming a drastic, sudden drop in sales
17:33 - Generating sales as a bootstrapped SaaS company
20:35 - Using business automation when you don’t have a team
21:31 - Recognizing when to hire sales help
23:51 - Finding the motivation to stay the course when you’re not making money
25:00 - Making sense of the difficult times
26:47 - 2 things that drove Tommy to keep going and not give up
29:00 - The role family support played in the decision to continue with the business
30:57 - The complicated nature of software development and managing expectations
35:13 - What Tommy thinks is real vs. what we see out in the business world
36:50 - Developing successful tech products by solving a problem 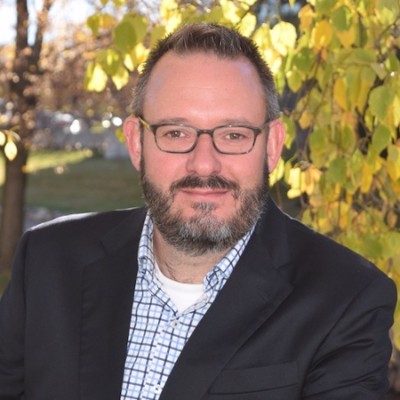 Tommy has been in the restaurant industry for nearly his entire adult life. He has a BSBA from University of Denver’s Hotel Restaurant school in addition to an MBA.

This former stand-up comic turned SaaS founder, has extensive experience helping businesses become more efficient and profitable through process, accountability, and data. He’s currently the Managing Director of OpsAnalitica, an Operations Analytics platform that focuses on managing and measuring daily team activities for large multi-unit businesses. Tommy believes that the next big technological disruptor event for many businesses is going to be implementing Operations Management software to shape the future of work and beat our competitors through better, more consistent daily operations.